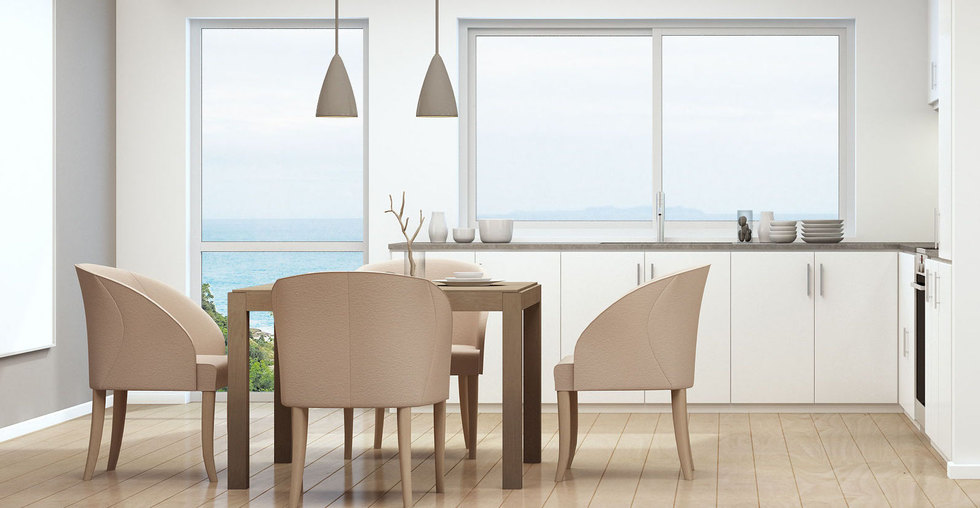 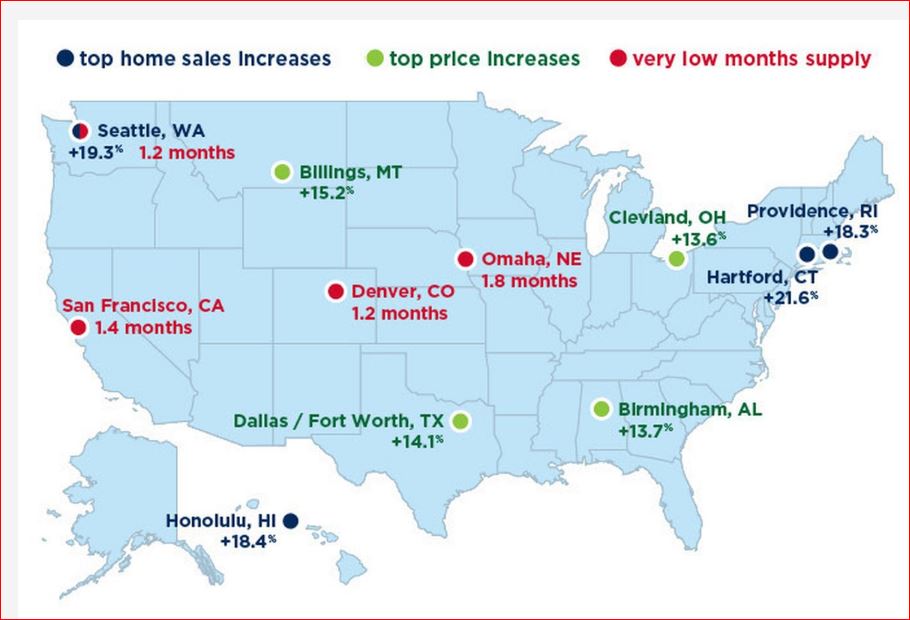 The tug-of-war between rising home sales and shrinking inventory is escalating and the pressure is showing in home sale statistics for January. The month topped all other Januarys in our report's nine-year history with the most sales, highest sales prices and fewest days on the market. It was quite a start for 2017. Here's the scoop:

The overall average number of home sales was 4.5 percent higher than January 2016 in the 53 metro areas surveyed. Many of the metro areas we looked at — two-thirds of them — experienced an increase in sales year-over-year. A dozen saw double-digit growth.

At $208,500, the median sales prices was up 4.3 percent from January 2016. That marks the 10th consecutive month of year-over-year price increases. Only five metro areas saw year-over-year decreases or remained unchanged. Ten areas, including Portland, Cleveland and Dallas/Ft. Worth saw prices rise by double-digit percentages.

Homes for sale last month spent an average of 66 days on the market before they sold, down five days from the January 2016 average. This new low for days on market highlights the fact that inventory's been declining for a while. How long? Ninety-nine consecutive months of year-over-year declines, dating back to October 2008.

4. It's still a seller's market

The number of homes for sale in January 2017 was down 4.3 percent from last December and 16.9 percent from January 2016. The Month's Supply of Inventory was also down at 3.8. A 6.0-month supply indicates a market balanced equally between buyers and sellers – in January, 46 of the 53 metro areas surveyed reported a months supply of less than 6.0.

What do the numbers mean for the market as 2017 rolls out? "January may have set the tone for the coming home-buying season with homes selling faster and at higher prices," said Dave Liniger, RE/MAX CEO, Chairman of the Board and Co-Founder. "Home-buyer demand is strong, and not enough sellers are listing to keep up with the demand, despite rising prices. At any rate, the beginning of 2017 continued the strong pace of 2016."

Learn more about the numbers that shaped last month's real estate market in the infographic below.

What's My Home Worth?

Want to know how much your home is worth? Get an expert value analysis including comparable sales & local market trends.

Get your home's value »

Free downloadable guides to the Las Vegas area including Relocation, Cashflow Calculator and an Investor Powerpoint.