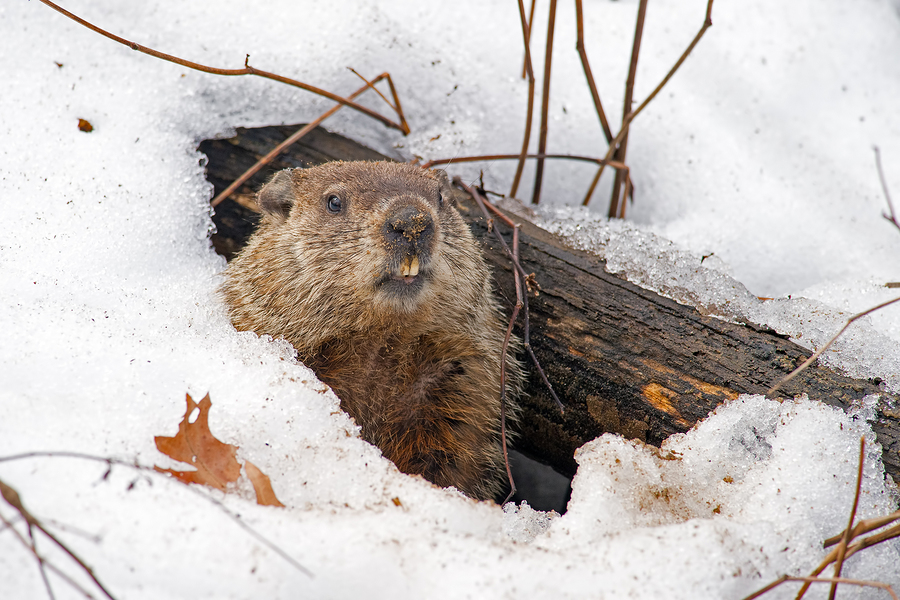 Groundhog Day is a popular tradition celebrated in Canada and the United States on February 2nd. It comes from the Pennsylvania Dutch superstition that if a groundhog emerging from its burrow on this day sees its shadow due to clear weather, it will retreat to its den and winter will persist for six more weeks, and if it does not see its shadow because of cloudiness, spring will arrive early. Here are some fun facts about Groundhog Day:

2. Groundhog Day falls on the 2nd of February for a reason. It’s what’s known as a “cross-quarter” day, meaning it falls at the midpoint between one season and another. In the case of February 2nd, it’s the cross-quarter day that falls between the winter solstice and the spring equinox, making it the ideal time to consider whether or not spring will arrive early.

3. Groundhogs typically weigh between 12 and 15 pounds; Phil is 22 pounds.

4. Groundhogs only live six to eight years, but folklore suggests that Phil sips a magical drink that gives him seven more years of life.

5. When groundhogs hibernate, their heart rates drop to five beats per minute and they can lose up to 30 percent of their body fat.

6. Phil has several very famous friends. For instance, he had the pleasure of meeting President Ronald Reagan in 1986. He was also a guest on The Oprah Winfrey Show in 1995.

7. Phil is no longer a bachelor these days. He has a wife named Phyllis who helps him with his duties as the “Prognosticator of Prognosticators.” When Phil and Phyllis aren’t busily looking for their shadows on Groundhog Day, they reside quietly at the Punxsutawney Memorial Library. We can only guess at what they like to read about most!